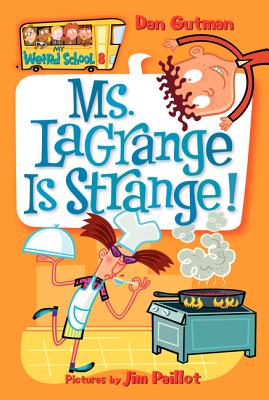 This is book number 8 in the My Weird School series.

With more than 23 million books sold, the My Weird School series really gets kids reading!

In this eighth book in the My Weird School series, Ms. LaGrange talks funny, and she's from some other country called France! She thinks the vomitorium is a fancy restaurant! Plus she's writing secret messages in the mashed potatoes. Ms. LaGrange is the weirdest lunch lady in the history of the world!

Perfect for reluctant readers and word lovers alike, Dan Gutman's hugely popular My Weird School series has something for everyone. Don't miss the hilarious adventures of A.J. and the gang.

“A sure-fire hit for the most reluctant reader.”
— Kirkus Reviews

“The lesson of the day here is fun.”
— Publishers Weekly