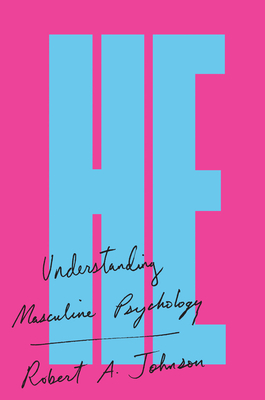 “Entertaining, informative, thought-provoking, mysterious, poetic. Men who read it will surely learn much about themselves, and women—particularly those who are unfortunately misled into thinking of men as “the enemy”—will find it a real eye-opener.”—Ruth Tiffany Barnhouse, M.D., Th.M., Harvard University

Robert A. Johnson's classic work exploring the differences between man and woman, female and male—newly reissued.

What does it really mean to be a man? What are some of the landmarks along the road to mature masculinity? And what of the feminine components of a man's personality?

Women do not really know as much about men as they think they do. They have developed, over the centuries, considerable expertise in the technique of adapting to men, but that is not the same as truly understanding them. Women often labor under the delusion that life is really pretty easy for men, at least when compared to their own lot, and they have no idea what a complicated struggle is really involved in the transition from male childhood to real manhood.

As timely today as when it was first published, He provides a fascinating look into male identity and how female dynamics influence men.

Robert A. Johnson, a noted lecturer and Jungian analyst, is also the author of He, She, We, Inner Work, Ecstasy, Transformation, and Owning Your Own Shadow.