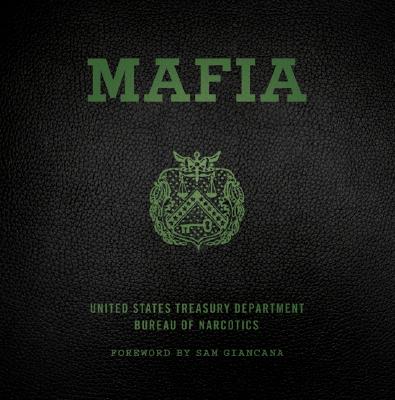 Some time in the early 1960s, during the golden age of organized crime in America—the era that would inspire The Godfather; Goodfellas, and even The Sopranos—federal investigators pulled every known piece of information on more than 800 Mafia members worldwide into a thick, phone-book-sized directory. From old-school gangsters like Lucky Luciano and Mickey Cohen to young turks like Paul Castellano and Vinny "The Chin" Gigante, the guide offered at-a-glance profiles of small-time thugs and major dons alike... and was allegedly the book Attorney General Robert F. Kennedy used to investigate the mob.

Recently discovered, and published for the first time in this facsimile edition, Mafia is a treasure trove of info on the underworld in mid-century America—a revelatory artifact and an irresistible read.

Morrow Gift is a collection of books and paper goods tailor-made by the William Morrow crew at HarperCollins. Here, we celebrate self-care, truth, beauty, and birthdays. Our projects are one-of-a-kind and created for you to enjoy and to share.

“For mobheads and true crime fanatics, [Mafia] is the equivalent of a hijacked truck of unmarked bills. It’s also a quirky little slice of the American dream.”
— Salon.com

“A treasure trove for true crime buffs and mob aficionados—the mug shots alone are worth the price of admission.”
— Nicholas Pileggi

“Mafia is the Bible for Mafia-watchers and amateur detectives everywhere.”
— Legs McNeil