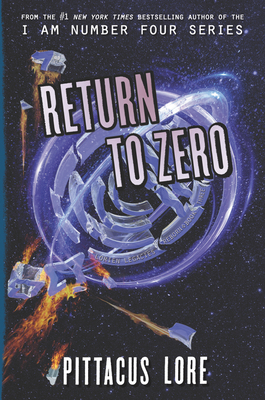 This is book number 3 in the Lorien Legacies Reborn series.

All bets are off in this third and final book in the epic New York Times bestselling Lorien Legacies Reborn series! This fast-paced, action-packed adventure—which is set in the world of I Am Number Four—is perfect for fans of the Darkest Minds series and the X-Men franchise.

After the battle in Switzerland, the Fugitive Six find their allegiances torn, dividing them into two factions. Taylor, Kopano, and Nigel return to the Academy with Nine, but nothing is the same. As fear and resentment of the Human Garde continues to grow, the United Nations decrees that all humans with Legacies must be implanted with inhibitors. So our heroes will have no choice but to rebel.

And with the Foundation still at large, Isabela, Caleb, and Ran have decided to join forces with their former foes Einar and Five to hunt them down. But when a new threat is revealed, the group may find itself painfully outmatched. Facing capture or annihilation from all sides, the only hope the Human Garde have for survival is to stand together once and for all to fight back against their true enemies.

Return to Zero is the epic conclusion to the story of the Garde that began with the worldwide phenomenon I Am Number Four.

“I Am Number Four is a breathless page-turner that will have readers rooting for the teen alien who must unleash his firepower to save himself, his human friends, and the planet. Gear up, sci-fi fans, the battle for Earth is on and there’s a new kid in town!” — Amazon.com

“There’s genuine suspense…. It’s easy to get lost in the world of the sweet teen from another planet.” — Chicago Tribune