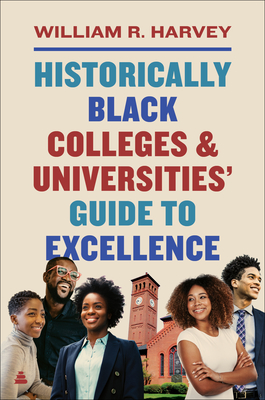 In his more-than-four-decade tenure as the President of Hampton University—one of 107 Historically Black Colleges and Universities in America—Dr. William R. Harvey has been a champion of the cultural impact and value of HBCUs, demonstrated by the achievements of their numerous notable alumni. Their success is no coincidence. It is the result of a faultless formula that sets HBCUs apart and helps their students thrive—a formula built on core tenets, including displaying moral and wholesome values at all times, continuously pursuing character growth, and embracing communal responsibilities whenever possible.

The mission of Dr. Harvey is to represent Blackness to its highest degree at every opportunity. He is a passionate believer in the remarkability of the Black diaspora in all its complexity and beauty. That conviction drives the timeless lessons he’s adhered to and has instilled in his students: the power of dress to establish respect; the importance of integrity; financial accountability; reverence for elders. It is these tried-and-true lessons and others that have uniquely prepared and propelled HBCU students to success for generations.

The Historically Black Colleges and Universities' Guide to Excellence is a thoughtful and knowledgeable account of what it truly takes to successfully navigate a white world as a Black person while retaining one’s core Blackness. Practical and proven, it lays the groundwork for individual and communal Black prosperity.

Dr. William R. Harvey is an American educator, academic administrator, and businessman. Since 1978, he has served with distinction as President of Hampton University and has served on the President of the United States’ National Advisory Council on Elementary and Secondary Education, the Defense Advisory Committee on Women in the Service, the Commission on Presidential Scholars, and the U.S. Department of Commerce Minority Development Advisory Board as well as chaired the Fund for the Improvement of Postsecondary Education and the President's Advisory Board on Historically Black Colleges and Universities. He lives in Hampton, Virginia.