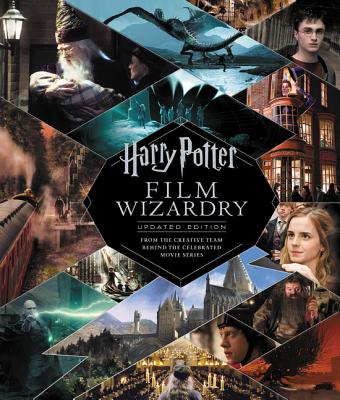 This revised edition will include additional pages about the final two film installments and also feature a large blueprint of the layout of Hogwarts and a Ministry of Magic poster warning against Death Eaters. The interior features high-quality, close-up pictures of the props, sets, costumes, and special effects that bring depth to Harry's world. It is loaded with never-before-seen concept art and photos from Dumbledore's embroidered robes to the sets of Diagon Alley. The book will answer questions such as: How was Dobby created? How was Hedwig trained? How did the filmmakers bring the game of Quidditch to the big screen? In short: How does the movie magic happen? It will go beyond the usual moviemaking books by offering reproductions of production memos, notes from filmmakers, cast interviews, and fabulous bells and whistles, providing a truly interactive reading experience.

Brian Sibley has serialized and broadcast numerous radio and TV programs for the BBC, including: J. R. R. Tolkien's The Lord of the Rings, C. S. Lewis' The Chronicles of Narnia, and Gormenghast, for which he won a coveted Sony Radio Award. Sibley's film books include the best-selling The Lord of the Rings: The Making of the Movie Trilogy and Peter Jackson: A Film-Maker's Journey, as well as The Disney Studio Story, Mickey Mouse: His Life and Times, and The Land of Narnia. He lives in London, England.

David Heyman is Executive Producer for the Harry Potter films.