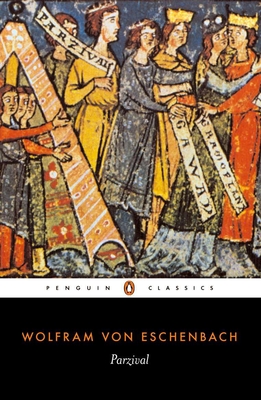 Composed in the early thirteenth century, Wolfram von Eschenbach's Parzival is the re-creation and completion of the story left unfinished by its initiator Chrétien de Troyes. It follows Parzival from his boyhood and career as a knight in the court of King Arthur to his ultimate achievement as King of the Temple of the Grail, which Wolfram describes as a life-giving Stone. As a knight serving the German nobility in the imperial Hohenstauffen period, the author was uniquely placed to describe the zest and colour of his hero's world, with dazzling depictions of courtly luxury, jousting and adventure. Yet this is not simply a tale of chivalry, but an epic quest for spiritual education, as Parzival must conquer his ignorance and pride and learn humility before he can finally win the Holy Grail.

Wolfram von Eschenbach was the greatest of the medieval German poets. Very little is known about his life, but it is generally accepted that he belonged to a Bavarian family of lower nobility. He probably died between 1220 and 1230. A.T. Hatto has translated Tristan and The Nibelungenlied for Penguin Classics.