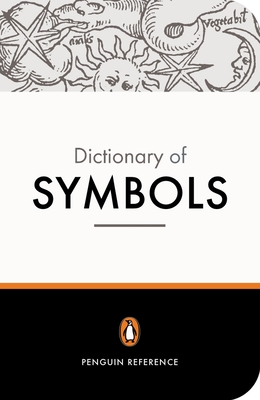 This remarkable and wide-ranging book is an inventory of symbols and the symbolic imagination. The editors and their fifteen contributors are drawn from a variety of scholarly backgrounds—including anthropology, ethnology, psychotherapy and art history. This diversity of approach is responsible for the book's unique character, a reflection of the multiplicity of symbols and signs and the phenomenal range of possible interpretations they offer. This book draws together folklore, literary and artistic sources, and focuses on the symbolic dimension of every colour, number, sound, gesture, expression or character trait that has benefitted from symbolic interpretation. The conscious and unconscious minds are explored, desire and dreams are treated alongside the known and the chronicled. Extraordinary in its range and eclecticism, this dictionary was originally published in French as the Dictionnaire des Symboles, and it is regarded as the standard work on the subject.

Jean Chevalier (1906–1993) was a French writer, philosopher, and theologian. Until 1964, he was director of the Bureau of Relations for Member States at UNESCO, a post he left to research and write Dictionnaire des symboles with famed Amazon explorer Alain Gheerbrant. A compendium of more than 1,600 articles about the symbolism of myths, dreams, colors, habits, etc., found in folklore and mythology, this encyclopedia of cultural anthropology is published as The Penguin Dictionary of Symbols in English.

Alain Gheerbrant (1920–2013) was a French writer, editor, and explorer. He was the founding editor of K Éditeur, which published works by Antonin Artaud, Georges Bataille, and Aimé Césaire. In 1948, he left France with his team to explore a dense part of the Amazon, including Sierra Parima, and wrote of his travels in L’Expédition Orénoque-Amazone (1952). In 1982, in colloboration with author Jean Chevalier, he published Dictionnaire des symboles (The Penguin Dictionary of Symbols in English), an encyclopedia of cultural anthropology about the symbolism of myths and folklore. He released his memoir called La Transversale in 1995.

John Buchanan-Brown is a long-established and gifted translator of French books. He is best known for his translations of The Penguin Dictionary of Symbols by Alain Gheerbrant and Jean Chevalier and The Secret of the Missing Boat by Paul Berna.