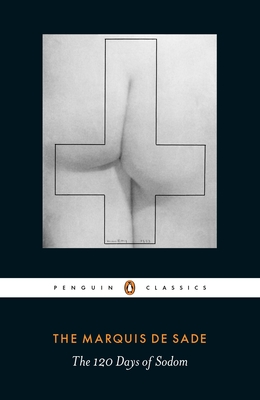 A new translation of Sade’s most notorious, shocking, and influential novel. Winner of the 2017 Scott Moncrieff Prize

This distressing but hugely important text has influenced countless individuals throughout history: Flaubert and Baudelaire both read Sade; the surrealists were obsessed with him; film-makers like Pasolini saw parallels with twentieth-century history in his writings; and feminists such as Andrea Dworkin and Angela Carter clashed over him. This new translation brings Sade's provocative novel into Penguin Classics for the first time, and will reignite the debate around this most controversial of writers.

Donatien Alphonse François de Sade, better known as the Marquis de Sade (1740–1814), was a French aristocrat and writer of philosophy-laden and often violent pornography, as well as some strictly philosophical works.

Will McMorran (translator) is a senior lecturer in French and comparative literature at Queen Mary, University of London.

Thomas Wynn (translator) is reader and director of research in the School of Modern Languages and Cultures at Durham University.

“Sade’s masterpiece was The 120 Days of Sodom, which has just been published as a Penguin Classic for the first time … the great merit of this edition is the thoroughly excellent translation by [Will] McMorran and [Thomas] Wynn. It has none of the phony archaism of earlier English translations. Instead it is like a window, allowing us to have as clear of view as possible of Sade’s mind and world.”
—The Economist

“Without in any way giving in to hyperbole, I would say that this translation is a 21st century monument, changing not only the way in which we view the French 18th century, but providing a guide to the present and future.”
—Andrew Hussey

“We thought this translation was quite exceptional in its capacity to capture the true voice of this strange and difficult eighteenth-century text, the textual and editorial scholarship of the translators, their wonderful handling of the terminology and the diction of the original, along with the fluency of their translation, and the ways in which it creates for the first time for Anglophone readers a properly accurate version of Sade’s text.”
—Ian Patterson