The Book of Taliesin: Poems of Warfare and Praise in an Enchanted Britain (Paperback) 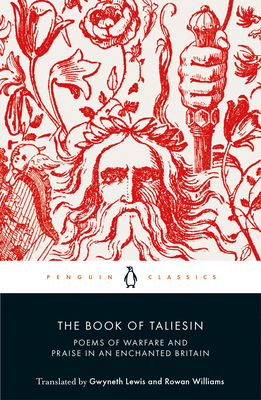 The great work of Welsh literature, translated in full for the first time in more than 100 years by two of its country's foremost poets

Tennyson portrayed him, and wrote at least one poem under his name. Robert Graves was fascinated by what he saw as his work's connection to a lost world of deeply buried folkloric memory. He is a shapeshifter; a seer; a chronicler of battles fought, by sword and with magic, between the ancient kingdoms of the British Isles; a bridge between old Welsh mythologies and the new Christian theology; a sixth-century Brythonic bard; and a legendary collective project spanning the centuries up to The Book of Taliesin's compilation in fourteenth-century North Wales. He is, above all, no single "he."

The figure of Taliesin is a mystery. But of the variety and quality of the poems written under his sign, of their power as exemplars of the force of ecstatic poetic imagination, and of the fascinating window they offer us onto a strange and visionary world, there can be no question. In the first volume to gather all of the poems from The Book of Taliesin since 1915, Gwyneth Lewis and Rowan Williams's accessible translation makes these outrageous, arrogant, stumbling and joyful poems available to a new generation of readers.

Taliesin lived during the sixth century and is considered one of the greatest Welsh poets. He was a court bard for three kings, most notably King Urien of Rheged.

Gwyneth Lewis (translator) is an award-winning poet and was the National Poet of Wales from 2005 to 2006. Her books of poetry in Welsh and English include Chaotic Angels, Sparrow Tree, and Treiglo (Mutating) and, in prose, The Meat Tree: New Stories from the Mabinogion. She teaches at Middlebury College.

Rowan Williams (translator) is the former Archbishop of Canterbury and currently Master of Magdalene College, Cambridge. The author of many books from The Wound of Knowledge to The Tragic Imagination, he has published several poetry collections and is a contributor to the New Statesman.