Code Talker: A Novel About the Navajo Marines of World War Two (Paperback) 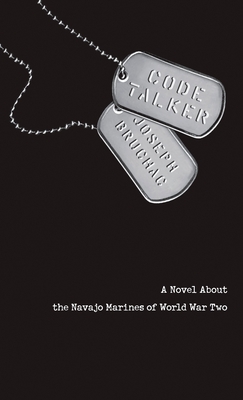 This is a story about a Navaho boy who was sent to the white man’s school which ripped his language from him. In spite of the ban on speaking and practicing anything Navaho, Ned Begay continued using his language to teach in secret. When WWII broke out he was too young to go. He promised a year to his parents and when that year was up he joined the Marines and became a code talker like those before him. Now he could use his language and be proud of the fact that in doing so he was helping defeat a formidable enemy. The character Ned is not real but the facts are. This book tells the story of those brave Navahos who gave everything to help win the war. And it’s told the way an old man would tell it to the young to teach them about their heritage. I can only say, thank you Grandfather for the teaching.

"Readers who choose the book for the attraction of Navajo code talking and the heat of battle will come away with more than they ever expected to find."—Booklist, starred review

Throughout World War II, in the conflict fought against Japan, Navajo code talkers were a crucial part of the U.S. effort, sending messages back and forth in an unbreakable code that used their native language. They braved some of the heaviest fighting of the war, and with their code, they saved countless American lives. Yet their story remained classified for more than twenty years.
But now Joseph Bruchac brings their stories to life for young adults through the riveting fictional tale of Ned Begay, a sixteen-year-old Navajo boy who becomes a code talker. His grueling journey is eye-opening and inspiring. This deeply affecting novel honors all of those young men, like Ned, who dared to serve, and it honors the culture and language of the Navajo Indians.

An ALA Best Book for Young Adults

Joseph Bruchac is a highly acclaimed children's book author, poet, novelist and storyteller, as well as a scholar of Native American culture. Coauthor with Michael Caduto of the bestselling Keepers of the Earth series, Bruchac's poems, articles and stories have appeared in hundreds of publications, from Akwesasne Notes and American Poetry Review to National Geographic and Parabola.
He has authored many books for adults and children including Code Talker: A Novel About the Navajo Marines of World War Two, Skeleton Man, and The Heart of a Chief.
For more information about Joseph, please visit his website www.josephbruchac.com.

"Readers who choose the book for the attraction of Navajo code talking and the heat of battle will come away with more than they ever expected to find." —Booklist, starred review

"With its multicultural themes and well-told WWII history, this will appeal to a wide audience." —Kirkus Reviews, starred review