The Psychopathology of Everyday Life (Paperback) 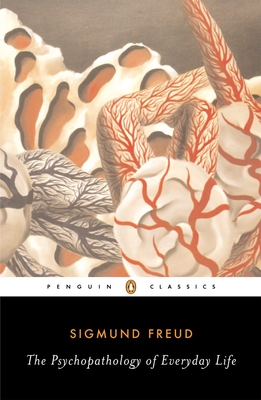 The most trivial slips of the tongue or pen, Freud believed, can reveal our secret ambitions, worries, and fantasies. The Psychopathology of Everyday Life ranks among his most enjoyable works. Starting with the story of how he once forgot the name of an Italian painter—and how a young acquaintance mangled a quotation from Virgil through fears that his girlfriend might be pregnant—it brings together a treasure trove of muddled memories, inadvertent actions, and verbal tangles. Amusing, moving, and deeply revealing of the repressed, hypocritical Viennese society of his day, Freud's dazzling interpretations provide the perfect introduction to psychoanalytic thinking in action.

Sigmund Freud (1856-1939) was born in Moravia and lived in Vienna between the ages of four and eighty-two. In 1938 Hitler's invasion of Austria forced him to seek asylum in London, where he died the following year. Freud's career began with several years of brilliant work on the anatomy and physiology of the nervous system. He was almost thirty when, after a period of study under Charcot in Paris, his interests first turned to psychology, and another ten years of clinical work in Vienna (at first in collaboration with Breuer, an older colleague) saw the birth of his creation: psychoanalysis. This began simply as a method of treating neurotic patients by investigating their minds, but it quickly grew into an accumulation of knowledge about the workings of the mind in general, whether sick or healthy. Freud was thus able to demonstrate the normal development of the sexual instinct in childhood and, largely on the basis of an examination of dreams, arrived at his fundamental discovery of the unconscious forces that influence our everyday thoughts and actions. Freud's life was uneventful, but his ideas have shaped not only many specialist disciplines, but the whole intellectual climate of the last half-century.

Anthea Bell translated E. T. A. Hoffman's The Life and Opinions of the Tomcat Murr for Penguin Classics and has received a number of translation awards.

Paul Keegan is the poetry editor at Faber and Faber.