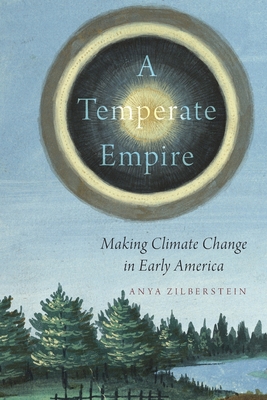 Controversy over the role of human activity in causing climate change is pervasive in contemporary society. But, as Anya Zilberstein shows in this work, debates about the politics and science of climate are nothing new. Indeed, they began as early as the settlement of English colonists in
North America, well before the age of industrialization. In the seventeenth and eighteenth centuries, many early Americans believed that human activity and population growth were essential to moderating the harsh extremes of cold and heat in the New World. In the preindustrial British settler colonies in particular, it was believed that the right kinds of
people were agents of climate warming and that this was a positive and deliberate goal of industrious activity, rather than an unintended and lamentable side effect of development. A Temperate Empire explores the ways that colonists studied and tried to remake local climates in New England and
Nova Scotia according to their plans for settlement and economic growth. For colonial officials, landowners, naturalists, and other elites, the frigid, long winters and short, muggy summers were persistent sources of anxiety. These early Americans became intensely interested in reimagining and
reducing their vulnerability to the climate. Linking climate to race, they assured would-be migrants that hardy Europeans were already habituated to the severe northern weather and Caribbean migrants' temperaments would be improved by it. Even more, they drew on a widespread understanding of a
reciprocal relationship between a mild climate and the prosperity of empire, promoting the notion that land cultivation and the expansion of colonial farms would increasingly moderate the climate. One eighteenth-century naturalist observed that European settlement and industry had already brought
about a more temperate, uniform, and equal climate worldwide-a forecast of a permanent, global warming that was wholeheartedly welcomed. Illuminating scientific arguments that once celebrated the impact of economic activities on environmental change, A Temperate Empire showcases an imperial, colonial, and early American history of climate change.

Anya Zilberstein is Associate Professor of History at Concordia University.