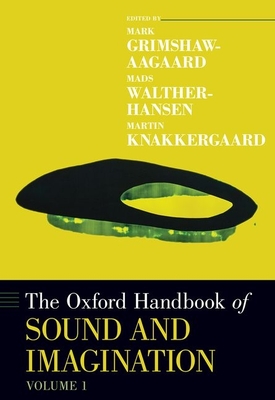 Whether social, cultural, or individual, the act of imagination always derives from a pre-existing context. For example, we can conjure an alien's scream from previously heard wildlife recordings or mentally rehearse a piece of music while waiting for a train. This process is no less true for
the role of imagination in sonic events and artifacts. Many existing works on sonic imagination tend to discuss musical imagination through terms like compositional creativity or performance technique. In this two-volume Handbook, contributors shift the focus of imagination away from the visual by
addressing the topic of sonic imagination and expanding the field beyond musical compositional creativity and performance technique into other aural arenas where the imagination holds similar power. Topics covered include auditory imagery and the neurology of sonic imagination; aural hallucination
and illusion; use of metaphor in the recording studio; the projection of acoustic imagination in architectural design; and the design of sound artifacts for cinema and computer games.

Mark Grimshaw-Aagaard is Obel Professor of Music at Aalborg University, Denmark. He has published widely across subjects as diverse as sound, biofeedback in computer games, virtuality, the Uncanny Valley, and IT systems and also writes free, open source software for virtual research environments(WIKINDX). Mark is series editor for the Palgrave Macmillan series Studies in Sound, and his books include the anthologies Game Sound Technology & Player Interaction (2011) and The Oxford Handbook of Virtuality (OUP 2014), and, with co-author Tom Garner, a monograph entitled Sonic Virtuality (OUP2015). Mads Walther-Hansen is Associate Professor and head of the Music Programme at Aalborg University, Denmark. He writes on music listening, music production, sound technology, and sound analysis, and he has published several articles, chapters, and conference papers on cognition and language inrelation to music production that examines the conceptualization of sound and the effect of recording technology on the listening experience. Martin Knakkergaard is Senior Lecturer in the Music Programme at Aaborg University, Denmark. He is currently the leader of the Obel Music Project and was former head of the Music Programme at Aalborg University for more than 12 years. His research interests are primarily within the field of MusicTechnology. Martin has in recent years turned towards the study of musicological questions of a more fundamental nature. He is also the editor of the Danish Dictionary of Music, Gads Musikleksikon (2003 and 2005) and editor of the music periodical Col Legno (1993-1999), and the music journal DanishMusicology Online (2010-2015).