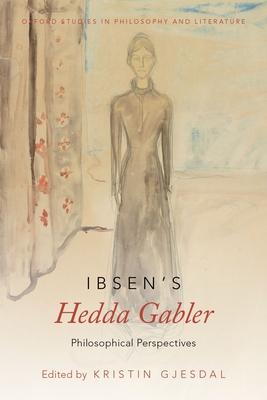 Since its publication in 1890, Ibsen's Hedda Gabler has been a recurring point of fascination for readers, theater audiences, and artists alike. Newly married, yet utterly bored, the character of Hedda Gabler evokes reflection on beauty, love, passion, death, nihilism, identity, and a host of other topics of an existential nature. It is no surprise that Ibsen's work has gained the attention of philosophically-minded readers from Nietzsche, Lou Andreas-Salom , and Freud, to Adorno, Cavell, and beyond. Once staged at avant-garde theaters in Paris, London, and Berlin, Ibsen is now a global phenomenon. The enigmatic character of Hedda Gabler remains intriguing to ever-new generations of actors, audiences, and readers. Hedda Gabler occupies a privileged place in the history of European drama and as a work of literature, and, as this volume demonstrates, invites profound and worthwhile philosophical questions. Through ten newly commissioned chapters, written by leading voices in the fields of drama studies, European philosophy, Scandinavian studies, and comparative literature, this volume brings out the philosophical resonances of Hedda Gabler in particular and Ibsen's drama more broadly.

Kristin Gjesdal is Associate Professor of Philosophy at Temple University and Professor II of Philosophy at the University of Oslo. She is the author of Gadamer and The Legacy of German Idealism (CUP, 2009), Herder's Hermeneutics: History, Poetry, Enlightenment (CUP, 2017), and a number of articles in the areas of aesthetics, hermeneutics, and nineteenth-century philosophy. Kristin Gjesdal also works in philosophy of literature, with a special emphasis on Shakespeare and Ibsen. She is the editor of Key Debates in Nineteenth Century European Philosophy (Routledge, 2016), the coeditor of The Oxford Handbook of German Philosophy in the Nineteenth Century (OUP, 2015) and the forthcoming Cambridge Companion to Hermeneutics, and an area editor of nineteenth-century philosophy for The Stanford Encyclopedia of Philosophy.