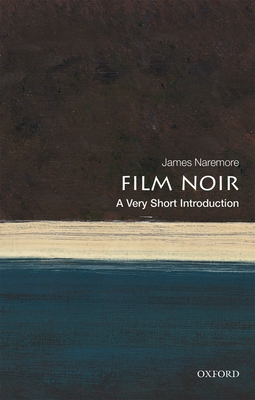 Film noir, one of the most intriguing yet difficult to define terms in cinema history, is usually associated with a series of darkly seductive Hollywood thrillers from the 1940s and 50s--shadowy, black-and-white pictures about private eyes, femme fatales, outlaw lovers, criminal heists, corrupt police, and doomed or endangered outsiders. But, film noir actually predates the 1940s and has never been confined to Hollywood. International in scope, its various manifestations have spread across generic categories, attracted the interest of the world's great directors, and continue to appear even today. In this Very Short Introduction James Naremore shows how the term film noir originated in in French literary and film criticism, and how later uses of the term travelled abroad, changing its implications. In the process, he comments on classic examples of the films and explores important aspects of their history: their critical reception, their major literary sources, their methods of dealing with censorship and budgets, their social and cultural politics, their variety of styles, and their future in a world of digital media and video streaming. ABOUT THE SERIES: The Very Short Introductions series from Oxford University Press contains hundreds of titles in almost every subject area. These pocket-sized books are the perfect way to get ahead in a new subject quickly. Our expert authors combine facts, analysis, perspective, new ideas, and enthusiasm to make interesting and challenging topics highly readable.

James Naremore is Emeritus Chancellors' Professor at Indiana University, where he taught literature and film courses in the departments of English, Comparative Literature, and Communication and Culture. He has lectured widely in the US, Britain, and Europe, and has been a guest professor at the University of Hamburg in Germany, the University of Chicago, the Art Institute of Chicago, and UCLA. His many writings on film, which have been translated into ten languages, include books on acting, genre, and theoretical issues, as well as on directors Orson Welles, Stanley Kubrick, Vincente Minnelli, and Charles Burnett. He has received fellowships from the Guggenheim Foundation, the National Gallery of Art, and the Academy of Motion Picture Arts and Sciences. He was also awarded the President's Medal from Indiana University.