The Scythians: Nomad Warriors of the Steppe (Hardcover) 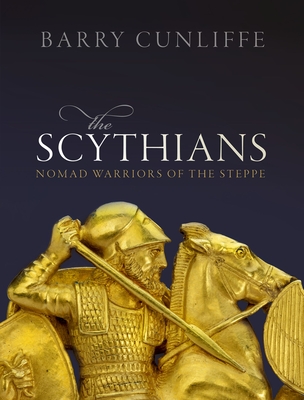 Brilliant horsemen and great fighters, the Scythians were nomadic horsemen who ranged wide across the grasslands of the Asian steppe from the Altai mountains in the east to the Great Hungarian Plain in the first millennium BC. Their steppe homeland bordered on a number of sedentary states to
the south - the Chinese, the Persians and the Greeks - and there were, inevitably, numerous interactions between the nomads and their neighbours. The Scythians fought the Persians on a number of occasions, in one battle killing their king and on another occasion driving the invading army of Darius
the Great from the steppe. Relations with the Greeks around the shores of the Black Sea were rather different - both communities benefiting from trading with each other. This led to the development of a brilliant art style, often depicting scenes from Scythian mythology and everyday life. It is from the writings of Greeks
like the historian Herodotus that we learn of Scythian life: their beliefs, their burial practices, their love of fighting, and their ambivalent attitudes to gender. It is a world that is also brilliantly illuminated by the rich material culture recovered from Scythian burials, from the graves of
kings on the Pontic steppe, with their elaborate gold work and vividly coloured fabrics, to the frozen tombs of the Altai mountains, where all the organic material - wooden carvings, carpets, saddles and even tattooed human bodies - is amazingly well preserved. Barry Cunliffe here marshals this vast array of evidence - both archaeological and textual - in a masterful reconstruction of the lost world of the Scythians, allowing them to emerge in all their considerable vigour and splendour for the first time in over two millennia.

Barry Cunliffe taught archaeology at the Universities of Bristol and Southampton and was Professor of European Archaeology at the University of Oxford from 1972 to 2008, thereafter becoming Emeritus Professor. He has excavated widely in Britain (Fishbourne, Bath, Danebury, Hengistbury Head, Brading)and in the Channel Islands, Brittany, and Spain, and has been President of the Council for British Archaeology and of the Society of Antiquaries, Governor of the Museum of London, a Commissioner of English Heritage, and a Trustee of the British Museum. His many publications include Facing the Ocean(2001), The Druids: A Very Short Introduction (2010), Britain Begins (2012), By Steppe, Desert, and Ocean (2015), and On the Ocean (2017), all published by Oxford University Press. He received a knighthood in 2006.