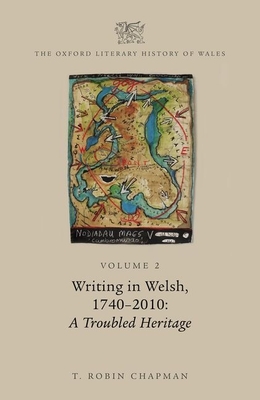 This book represents the longest single-volume work on modern Welsh literature ever published, and proceeds from two broad perspectives. First, avoiding the traditional intrinsic and extrinsic approaches to literary history as the story of literary forms, authors, other literatures, or events, it places readers, where possible, at its centre. The definition of readers adopted here is broad: fictional and non-fictional, derived from letters, reviews, and criticism, as well as audiences addressed in prefaces, those mediated through authors' consciousness, or implied, assumed, postulated, created, idealized, chided, encouraged, and reviled, and treated as experts or pupils, arbiters, or dupes. Welsh literature is approached not as the sequential product of authors writing under particular circumstances but as material interpreted and reinterpreted, discovered, and rediscovered, by reading communities across time. Second, it seeks to interpret Welsh literature as shaped in turn by a
series of concerns and preconceptions that have governed production and reception through most of the period covered in this book. These include, for instance, the fact that Welsh literature has been read as a crisis of cultural communicability between writers and readers; that writers in a largely amateur literary culture have been regarded as benefactors; that there is a lack of material to read; that, in a bilingual milieu, there is an inescapable relationship between Welsh and English literature; that a language with widely differing spoken and written registers is preoccupied with notions of correctness and appropriateness.

T. Robin Chapman, Senior lecturer, Department of Welsh and Celtic Studies, Aberystwyth University Robin Chapman worked as a lexicographer and teacher before beginning his academic career in the School of Education, Aberystwyth University, moving in 2003 to the Department of Welsh and Celtic Studies. He has published extensively in biography and literary criticism, with a particular emphasis on the nineteenth and twentieth century. In 2004, he was awarded a DLitt by the University of Wales for a collection of his published work; and has since been elected a Fellow of the Learned Society of Wales and the Royal Historical Society.