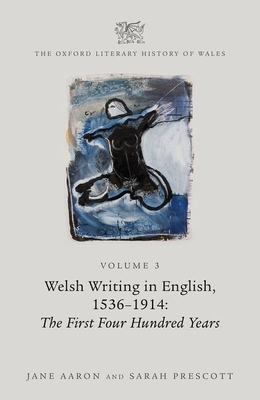 In a lecture entitled The First Forty Years: Some Notes on Anglo-Welsh Literature, published in 1957, the novelist and critic Gwyn Jones stated that Welsh writing in English 'began with Caradoc Evans in 1915'. His claim was widely accepted and proved influential in the development of Welsh writing in English as an academic subject. The primary aim of this volume is to refute that erroneous misconception, as its sub-title The First Four Hundred Years indicates. From 1536, the date of that Act which bound Wales to England, an abundance of Welsh authors chose to write in English. Some did so because their education had been entirely in English and they were not fully literate in Welsh. Others chose English with deliberate political intent, aiming to alert anglophone audiences to the social situation in Wales and persuade them of the value of the Welsh language and its literature. Their work constitutes a site of prolonged political tension, in which the pros and cons of the continuing existence of Wales are argued intensively. How far is it possible to reconfigure a self-consciousness forged under the dominion of a non-indigenous culture? This is an issue of central concern to large tracts of the world's population today; in Wales it has for centuries featured large in English-language -- is well as Welsh-language -- writing. The First Four Hundred Years is also informed by social class and gender issues as it rescues from oblivion the work of
many forgotten male and female writers.