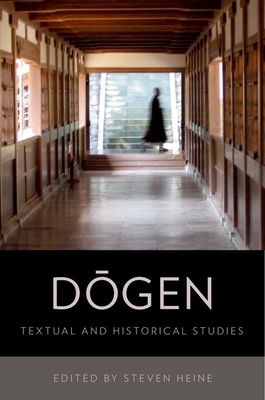 In this groundbreaking collection of essays edited by Steven Heine, leading scholars of Buddhism from both sides of the Pacific explore the life and thought of Zen Master Dogen (1200-1253), the founder of the Japanese Soto sect. Through both textual and historical analysis, the volume shows Dogen in context of the Chinese Chan tradition that influenced him and demonstrates the tremendous, lasting impact he had on Buddhist thought and culture in Japan. Special attention is given to the Shobogenzo and several of its fascicles, which express D?gen's views on such practices and rituals as using supranormal powers (jinzu), reading the sutras (kankin), diligent training in zazen meditation (shikan taza), and the koan realized in everyday life (genjokoan). Dogen: Textual and Historical Studies also analyzes the historical significance of this seminal figure: for instance, Dogen's methods of appropriating or contrasting with Chan sources, as well as how Dogen was understood and examined
in later periods, including modern times. This book is a crucial contribution to the advancement of specialized studies of Dogen, as well as to the Chan/Zen school in the context of East Asian religions and their social and historical trends.

Steven Heine is an authority on Japanese religion and society, especially the history of Zen Buddhism and the life and works of Dogen. He has published two dozen books, including Did Dogen Go to China? (2006), Zen Skin, Zen Marrow (2010), and Zen Masters (2010).