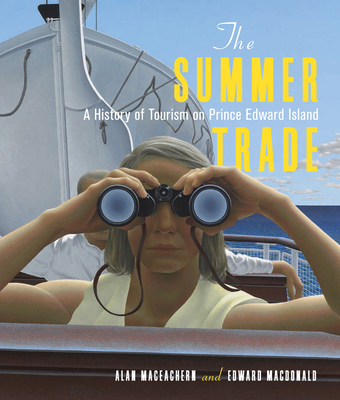 Tourism has been a central part of Prince Edward Island’s identity for more than a century. What began as a seasonal sideline in the nineteenth century evolved into an economic powerhouse that now attracts over 1.5 million visitors each year, employs one in ten Islanders, and is the province’s second leading industry. Spanning from the Victorian era to the COVID-19 pandemic, The Summer Trade presents the first comprehensive history of tourism in any Canadian province. Over time the Island has marketed a remarkably durable set of tourism tropes – seaside refuge from urban industrial angst, return to innocence, literary shrine to L.M. Montgomery, cradle of Confederation, garden of the Gulf. As private enterprise and the state sought to manage the industry, the Island’s own identity became caught up in the wish fulfillment of its summer visitors. The result has been a complicated, sometimes conflicted relationship between Islanders and tourism, between a warm welcome to visitors and resistance to the industry’s adverse effects on local culture. Lavishly illustrated with postcards, tourist guides, and memorabilia, The Summer Trade also presents a history of Prince Edward Island in cameo that tracks cultural, economic, political, and environmental developments and tensions. Across the strait, the Island beckons.