Essays in Idleness: The Tsurezuregusa of Kenkō (Translations from the Asian Classics) (Paperback) 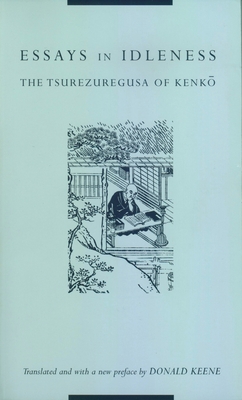 By Donald Keene (Translator)
This item is not available.

Despite the turbulent times in which he lived, the Buddhist priest Kenkō met the world with a measured eye. As Emperor Go-Daigo fended off a challenge from the usurping Hojo family, and Japan stood at the brink of a dark political era, Kenkō held fast to his Buddhist beliefs and took refuge in the pleasures of solitude. Written between 1330 and 1332, Essays in Idleness reflects the congenial priest's thoughts on a variety of subjects. His brief writings, some no more than a few sentences long and ranging in focus from politics and ethics to nature and mythology, mark the crystallization of a distinct Japanese principle: that beauty is to be celebrated, though it will ultimately perish. Through his appreciation of the world around him and his keen understanding of historical events, Kenkō conveys the essence of Buddhist philosophy and its subtle teachings for all readers. Insisting on the uncertainty of this world, Kenkō asks that we waste no time in following the way of Buddha.

Donald Keene is Shincho Professor of Japanese Literature and University Professor Emeritus at Columbia University. He is the author of more than thirty books, including So Lovely a Country Will Never Perish: Wartime Diaries of Japanese Writers; Chronicles of My Life: An American in the Heart of Japan; Frog in the Well: Portraits of Japan by Watanabe Kazan, 1793-1841; and Emperor of Japan: Meiji and His World, as well as a definitive multivolume history of Japanese literature.