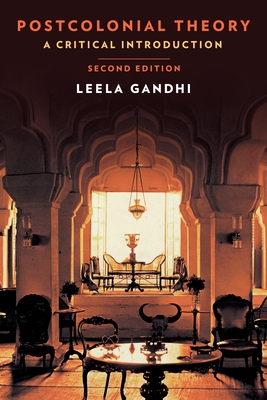 By Leela Gandhi
This item is not available.

Published twenty years ago, Leela Gandhi's Postcolonial Theory was a landmark description of the field of postcolonial studies in theoretical terms that set its intellectual context alongside poststructuralism, postmodernism, Marxism, and feminism. Gandhi examined the contributions of major thinkers such as Edward Said, Gayatri Spivak, Homi Bhabha, and the subaltern historians. The book pointed to postcolonialism's relationship with earlier anticolonial thinkers such as Frantz Fanon, Albert Memmi, Ngũgĩ wa Thiong'o, and M. K. Gandhi and explained pertinent concepts and schools of thought--hybridity, Orientalism, humanism, Marxist dialectics, diaspora, nationalism, gendered subalternity, globalization, and postcolonial feminism. The revised edition of this classic work reaffirms its status as a useful starting point for readers new to the field and as a provocative account that opens up possibilities for debate. It includes substantial additions: A new preface and epilogue reposition postcolonial studies within evolving intellectual contexts and take stock of important critical developments. Gandhi examines recent alliances with critical race theory and Africanist postcolonialism, considers challenges from postsecular and postcritical perspectives, and takes into account the ontological, environmental, affective, and ethical turns in the changed landscape of critical theory. She describes what is enduring in postcolonial thinking--as a critical perspective within the academy and as an attitude to the world that extends beyond the discipline of postcolonial studies.