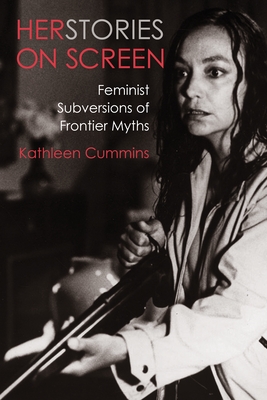 By Kathleen Cummins
This item is not available.

From the late 1970s into the early 1990s, a generation of female filmmakers took aim at their home countries' popular myths of the frontier. Deeply influenced by second-wave feminism and supported by hard-won access to governmental and institutional funding and training, their trailblazing films challenged traditionally male genres like the Western. Instead of reinforcing the myths of nationhood often portrayed in such films--invariably featuring a lone white male hero pitted against the "savage" and "uncivilized" native terrain--these filmmakers constructed counternarratives centering on women and marginalized communities. In place of rugged cowboys violently removing indigenous peoples to make the frontier safe for their virtuous wives and daughters, these filmmakers told the stories of colonial and postcolonial societies from a female and/or subaltern point of view. Herstories on Screen is a transnational study of feature narrative films from Australia, Canada, the United States, and New Zealand/Aotearoa that deconstruct settler-colonial myths. Kathleen Cummins offers in-depth readings of ten works by a diverse range of women filmmakers including Jane Campion, Julie Dash, Merata Mita, Tracey Moffatt, and Anne Wheeler. She reveals how they skillfully deploy genre tropes and popular storytelling conventions in order to critique master narratives of feminine domesticity and purity and depict women and subaltern people performing acts of agency and resistance. Cummins details the ways in which second-wave feminist theory and aesthetics informed these filmmakers' efforts to debunk idealized Anglo-Saxon femininity and motherhood and lay bare gendered and sexual violence and colonial oppression.

Kathleen Cummins is a film professor in the Faculty of Animation, Arts, and Design at Sheridan College. She is also a filmmaker whose work has been broadcast and screened internationally.