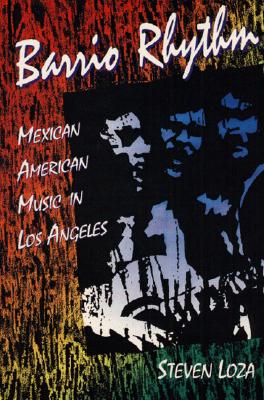 By Steven Loza
This book is no longer available.
Not Available

The hit movie La Bamba (based on the life of Richie Valens), the
versatile singer Linda Ronstadt, and the popular rock group Los Lobos
all have roots in the dynamic music of the Mexican-American community
in East Los Angeles. With the recent "Eastside Renaissance"
in the area, barrio music has taken on symbolic power throughout the Southwest,
yet its story has remained undocumented and virtually untold. In Barrio
Rhythm, Steven Loza brings this hidden history to life, demonstrating
the music's essential role in the cultural development of East Los Angeles
and its influence on mainstream popular culture.
Drawing from oral histories and other primary sources, as well as from
appropriate representative songs, Loza provides a historical overview
of the music from the nineteenth century to the present and offers in-depth
profiles of nine Mexican-American artists, groups, and entrepreneurs in
Southern California from the post-World War II era to the present. His
interviews with many of today's most influential barrio musicians, including
members of Los Lobos, Eddie Cano, Lalo Guerrero, and Willie
chronicle the cultural forces active in this complex urban community.