Socialist Heritage: The Politics of Past and Place in Romania (Paperback) 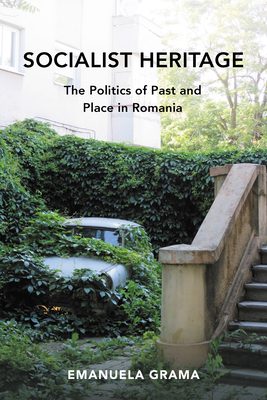 Focusing on Romania from 1945 to 2016, Socialist Heritage explores the socialist state's attempt to create its own heritage, as well as the legacy of that project. Contrary to arguments that the socialist regimes of Central and Eastern Europe aimed to erase the pre-war history of the socialist cities, Emanuela Grama shows that the communist state in Romania sought to exploit the past for its own benefit. The book traces the transformation of a central district of Bucharest, the Old Town, from a socially and ethnically diverse place in the early 20th century, into an epitome of national history under socialism, and then, starting in the 2000s, into the historic center of a European capital. Under socialism, politicians and professionals used the district's historic buildings, especially the ruins of a medieval palace discovered in the 1950s, to emphasize the city's Romanian past and erase its ethnically diverse history. Since the collapse of socialism, the cultural and economic value of the Old Town has become highly contested. Bucharest's middle class has regarded the district as a site of tempting transgressions. Its poor residents have decried their semi-decrepit homes, while entrepreneurs and politicians have viewed it as a source of easy money. Such arguments point to recent negotiations about the meanings of class, political participation, and ethnic and economic belonging in today's Romania. Grama's rich historical and ethnographic research reveals the fundamentally dual nature of heritage: every search for an idealized past relies on strategies of differentiation that can lead to further marginalization and exclusion.

Emanuela Grama is Associate Professor of Anthropology and History at Carnegie Mellon University.