Freud's Mexico: Into the Wilds of Psychoanalysis (Hardcover) 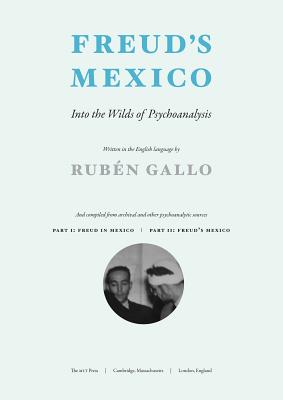 Freud's Mexico is a completely unexpected contribution to Freud studies. Here, Rub n Gallo reveals Freud's previously undisclosed connections to a culture and a psychoanalytic tradition not often associated with him. This book bears detailed testimony to Freud's relationship to a country he never set foot in, but inhabited imaginatively on many levels.

In the Mexico of the 1920s and 1930s, Freud made an impact not only among psychiatrists but also in literary, artistic, and political circles. Gallo writes about a "motley crew" of Freud's readers who devised some of the most original, elaborate, and influential applications of psychoanalytic theory anywhere in the world. After describing Mexico's Freud, Gallo offers an imaginative reconstruction of Freud's Mexico: Freud owned a treatise on criminal law by a Mexican judge who put defendants--including Trotsky's assassin--on the psychoanalyst's couch; he acquired Mexican pieces as part of his celebrated collection of antiquities; he recorded dreams of a Mexico that was fraught with danger; and he belonged to a secret society that conducted its affairs in Spanish.

Ruben Gallo is Director of the Program in Latin American Studies and Professor in the Department of Spanish and Portuguese Languages and Cultures at Princeton University. He is the author of Mexican Modernity: The Avant-Garde and the Technological Revolution (MIT Press).