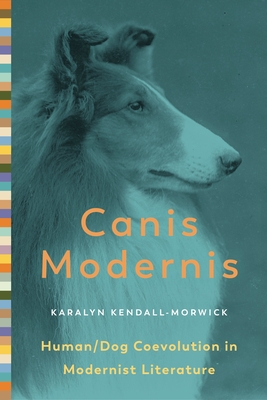 By Karalyn Kendall-Morwick
This item is not available.

Modernist literature might well be accused of going to the dogs. From the strays wandering the streets of Dublin in James Joyce's Ulysses to the highbred canine subject of Virginia Woolf's Flush, dogs populate a range of modernist texts. In many ways, the dog in the late nineteenth and early twentieth centuries became a potent symbol of the modern condition--facing, like the human species, the problem of adapting to modernizing forces that relentlessly outpaced it. Yet the dog in literary modernism does not function as a stand-in for the human.

In this book, Karalyn Kendall-Morwick examines the human-dog relationship in modernist works by Virginia Woolf, Jack London, Albert Payson Terhune, J. R. Ackerley, and Samuel Beckett, among others. Drawing from the evolutionary theories of Charles Darwin and the scientific, literary, and philosophical work of Donna Haraway, Temple Grandin, and Carrie Rohman, she makes a case for the dog as a coevolutionary and coadapting partner of humans. As our coevolutionary partners, dogs destabilize the human: not the autonomous, self-transparent subject of Western humanism, the human is instead contingent, shaped by its material interactions with other species. By demonstrating how modernist representations of dogs ultimately mongrelize the human, this book reveals dogs' status both as instigators of the crisis of the modern subject and as partners uniquely positioned to help humans adapt to the turbulent forces of modernization.

Accessibly written and convincingly argued, this study shows how dogs challenge the autonomy of the human subject and the humanistic underpinnings of traditional literary forms. It will find favor with students and scholars of modernist literature and animal studies.

Karalyn Kendall-Morwick is Associate Professor of English at Washburn University.