Art of Armor: Samurai Armor from the Ann and Gabriel Barbier-Mueller Collection (Hardcover) 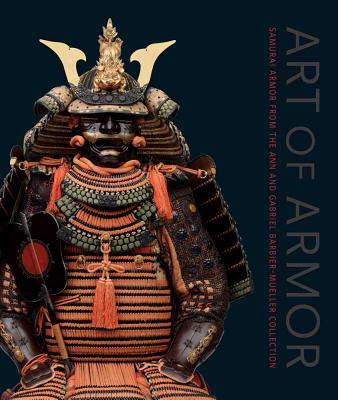 This extraordinary publication presents, for the first time, the samurai armor collection of the Ann and Gabriel Barbier-Mueller Museum in Dallas. The Barbier-Mueller has selectively amassed these pieces of armor over the past twenty-five years, ultimately forming one of the largest and most important collections of its kind in the world. It is composed of nearly three hundred objects, several of which are considered masterpieces, including suits of armor, helmets, masks, horse armor, and weaponry. The objects date from the 12th to the 19th century, with a particularly strong focus on Edo-period armor.

Offering an exciting look into the world of the samurai warrior, the book begins with an introduction by Morihiro Ogawa. Essays by prominent scholars in the field highlight topics such as the phenomenon of the warrior in Japan, the development of the samurai helmet, castle architecture, women in samurai culture, and Japanese horse armor. The book's final section consists of an extensive catalogue of objects, concentrating on 120 significant works in the collection. Lavishly illustrated in full color, each object is accompanied by an entry written by a scholar of Japanese armor.

L. John Anderson is an independent scholar and collector of samurai armor. Sachiko Hori is vice president of Sotheby's Japanese Works of Art department in New York. Morihiro Ogawa is special consultant for Japanese arms and armor in the Department of Arms and Armor at The Metropolitan Museum of Art. Thom Richardson is keeper of armour and Oriental collections at the Royal Armouries in Leeds. John Stevenson is lecturer on Japanese art and history at the University of Washington. Stephen Turnbull is visiting lecturer in South East Asian religious studies at the University of Leeds.