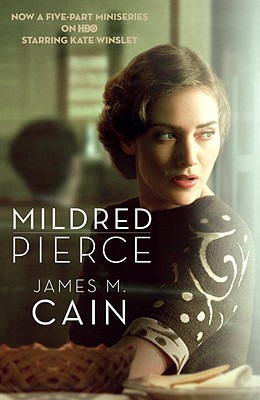 Mildred Pierce had gorgeous legs, a way with a skillet, and a bone-deep core of toughness. She used those attributes to survive a divorce and poverty and to claw her way out of the lower middle class. But Mildred also had two weaknesses: a yen for shiftless men, and an unreasoning devotion to a monstrous daughter. Out of these elements, James M. Cain created a novel of acute social observation and devastating emotional violence, with a heroine whose ambitions and sufferings are never less than recognizable.

James M. Cain (1892-1977) is recognized today as one of the masters of the hard-boiled school of American novels. Born in Baltimore, the son of the president of Washington College, he began his career as reporter on the Baltimore papers, served in the American Expeditionary Force in World War I and wrote the material for "The Cross of Lorraine," the newspaper of the 79th Division. He returned to become professor of journalism at St. John's College in Annapolis and then worked for H. L. Mencken on "The American Mercury." He later wrote editorials for Walter Lippmann on the "New York World" and was for a short period managing editor of "The New Yorker," before he went to Hollywood as a script writer. His first novel, "The Postman Always Rings Twice," was published when he was forty-two and at once became a sensation. It was tried for obscenity in Boston, was said by Albert Camus to have inspired his own book, "The Stranger," and is now a classic. Cain followed it the next year with "Double Indemnity," leading Ross MacDonald to write years later, "Cain has won unfading laurels with a pair of native American masterpieces, "Postman" and "Double Indemnity," back to back." Cain published eighteen books in all and was working on his autobiography at the time of his death.

“[James M. Cain is] the poet of the hard-boiled school of the American novel.” —The Washington Post

“Nobody has quite pulled it off the way Cain does, not Hemmingway, and not even Raymond Chandler.” —Tom Wolfe

“Cain can get down to the primary impulses of greed and sex in fewer words than any writer we know of.” —The New York Times