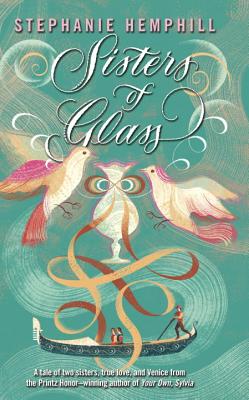 Maria is the younger daughter of an esteemed family on the island of Murano, the traditional home for Venetian glassmakers. Though she longs to be a glassblower herself, glassblowing is not for daughters—that is her brother's work. Maria has only one duty to perform for her family: before her father died, he insisted that she be married into the nobility, even though her older sister, Giovanna, should rightfully have that role. Not only is Giovanna older, she's prettier, more graceful, and everyone loves her.

Maria would like nothing more than to allow her beautiful sister, who is far more able and willing to attract a noble husband, to take over this role for her. But they cannot circumvent their father's wishes. And when a new young glassblower arrives to help the family business and Maria finds herself drawn to him, the web of conflicting emotions grows even more tangled.

STEPHANIE HEMPHILL is the author of the Printz Honor-winning Your Own, Sylvia, a verse portrait of Sylvia Plath, as well as Things Left Unsaid and the critically acclaimed Wicked Girls, which received four starred reviews.

Starred Review, Booklist, April 15, 2012:
“In a landscape, time, and plot rich with descriptive opportunity, Hemphill’s verse selects and illuminates the best bits, intensifying them like light through glass.”