The Missing Girls: A Shocking True Story of Abduction and Murder (Mass Market) 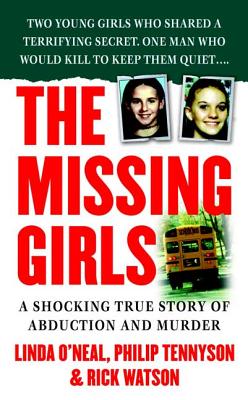 Ashley Pond was only twelve years old when she vanished from a school bus stop in a town south of Portland, Oregon. As a shocked community came together and police began a frantic search, another tragedy was just about to take place.

Miranda Gaddis was Ashley's best friend. Just two months after Ashley's disappearance, Miranda was on her way to school when she, too, was abducted. Nobody knew the scandalous, unspeakable secret that the two girls shared…except for one man who lived just one block away.

The police and FBI managed to overlook the girls' neighbor whose daughter was a friend of Miranda and Ashley's—and who had a catalog of sexual-assault allegations behind him. Author Linda O'Neal was a private investigator intimately involved in this shocking case. Now, she and her co-authors—also participants in the case—tell the chilling story of one town's devastating loss…and how the murderer was finally found.

Rick Watson has worked in law enforcement and is the author of several screenplays. He lives in Eastern Washington State with his wife, two cats, and a bird named Billie Jean.

Philip Tennyson is a documentary filmmaker and author. He has written two previous books, Getting Started and Living to 110. He is married to O’Neal, and they live in the Portland, OR area.

Linda O’Neal is the step-grandmother of Ashley Pond and was the lead private investigator during the case. She has taught several courses on criminal and legal procedure at The College of Legal Arts. She is author of The Missing Girls.

“O'Neal persevered when less-committed investigators reasonably may have given up…[The Missing Girls] is made greatly more urgent by the main investigator's familial ties.” —Booklist