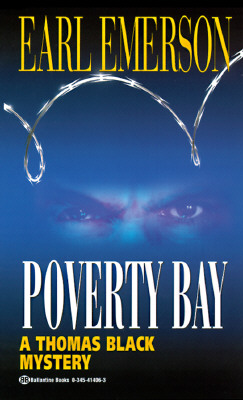 "Emerson is at the top of his game, and very few are better."
--Mostly Murder

As sole heir to his beloved granddaddy's fortune, noble and naive Lance Tyner wants to use the money for the good of mankind. But some not-so-good specimens of the species--including Lance's conniving father, sleazy brother, and spoiled sister--have much more selfish plans in mind.

Now Lance has vanished. And P.I. Thomas Black must follow his trail into the sad and scary places where the dregs of humanity struggle to stay alive--and where men like Lance and Black too often end up dead. . . .

"Emerson is carving his own special niche among a new generation of private eye writers."
--The Washington Post Book World