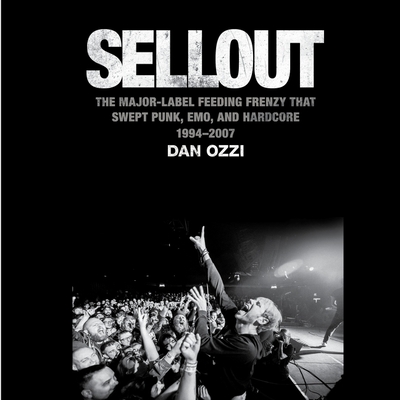 NATIONAL BESTSELLER
AN NPR BEST BOOK OF THE YEAR

"Ozzi's reporting is strong, balanced and well told...a worthy successor to its obvious inspiration, Michael Azerrad's 2001 examination of the '80s indie underground, 'Our Band Could Be Your Life.'"--New York Times Book Review

A raucous history of punk, emo, and hardcore’s growing pains during the commercial boom of the early 90s and mid-aughts, following eleven bands as they “sell out” and find mainstream fame, or break beneath the weight of it all

Punk rock found itself at a crossroads in the mid-90’s. After indie favorite Nirvana catapulted into the mainstream with its unexpected phenomenon, Nevermind, rebellion was suddenly en vogue. Looking to replicate the band’s success, major record labels set their sights on the underground, and began courting punk’s rising stars. But the DIY punk scene, which had long prided itself on its trademark authenticity and anti-establishment ethos, wasn’t quite ready to let their homegrown acts go without a fight. The result was a schism: those who accepted the cash flow of the majors, and those who defiantly clung to their indie cred.

In Sellout, seasoned music writer Dan Ozzi chronicles this embattled era in punk. Focusing on eleven prominent bands who made the jump from indie to major, Sellout charts the twists and turns of the last “gold rush” of the music industry, where some groups “sold out” and rose to surprise super stardom, while others buckled under mounting pressures. Sellout is both a gripping history of the music industry’s evolution, and a punk rock lover’s guide to the chaotic darlings of the post-grunge era, featuring original interviews and personal stories from members of modern punk’s most (in)famous bands:

Dan Ozzi is a New York-raised, Los Angeles-based writer. Along with Against Me!’s Laura Jane Grace, he co-authored 2016’s TRANNY, which was listed in Billboard’s “100 Greatest Music Books of All Time.” He has contributed to The Guardian, SPIN, Billboard, The Fader, and others. For more than five years, he was a staff writer at VICE's music website, Noisey.

“Engrossing…a rigorously researched look at how labels targeted bands and fought to sign them.” —Jim Ruland, Los Angeles Times   “[Ozzi] looked at the major label debuts of different bands in this genre, tracing a music industry in flux, fans betrayed by their idols, and bands trying to navigate the machine.”—NPR’s All Things Considered  “A forensic and uniquely sympathetic dive into one of the most uncouth actions for an artist—selling out, baby.”—Jeff Rosenstock  “Fascinating… When it comes to the topic of punk, or more specifically, the iteration of the genre that existed during the last era of the traditional music industry, Dan Ozzi’s 'Sellout' is poised to serve as a definitive text.”—San Francisco Chronicle  “A compelling and sometimes hair-raising account of what it meant to throw in your future with a large corporation in hopes of translating that effort into units sold—and the promise of a career in rock.”—Alex McLevy, The A.V. Club  “Based on a trove of original interviews and personal stories from band members and other crucial players, Ozzi examines how 11 groups grappled with the tension between punk’s core tenets and major label possibilities, and parses what success and failure looked like in this fraught realm.”—Rolling Stone  “Sellout presents a fluid timeline of events that follows punk on its conflicting journey through the mainstream.”—Vice   “SELLOUT…tells a fascinating history of an era of punk that can't be talked about without diving into the impact of major labels. Whether you saw Green Day at Gilman or just casually hummed along to "What's My Age Again?" on the radio, there's something in this book that will grab you.”—BrooklynVegan  “Lucid, engaging, and largely objective… Ozzi’s true strength as a writer and storyteller comes through is in the meticulous construction of chapters, and how these seemingly personal stories gradually lock together to form the backbone of the book’s larger subcultural chronology.”—Owen Morawitz, New Noise Magazine   "Ozzi’s crisp prose and vibrant storytelling colorfully capture a flamboyant chapter in music history. This accomplishes what the best music books do: drive readers back to listening."—Publishers Weekly  "A fascinating and entertaining look at punk bands signing to major labels to expand their audience and their careers. Sellout offers crucial insight into the way punk rock and big business have attempted to work together in the thirty years following Nirvana’s Nevermind.”—Craig Finn, The Hold Steady  “Sellout perfectly encapsulates the musician’s delicate dance between art and commerce.”—Jonah Ray, Mystery Science Theater 3000  “In Sellout, Dan Ozzi tackles the history of each band and what happened in their careers leading up to the ultimate decision with precision and care, and delivers it without an ounce of judgment. For a punk… that’s pretty remarkable!”—Jeremy Bolm, Touché Amoré