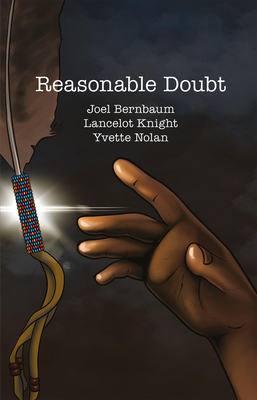 A significant moment in Canadian history is portrayed in this documentary musical about race relations between Indigenous and non-Indigenous people. Weaving hundreds of real interviews conducted with Saskatchewan residents and the court transcripts surrounding the killing of Colten Boushie and trial of Gerald Stanley, a kaleidoscopic picture is formed of the views of the incident, the province, and Indigenous people in Canada.

Reasonable Doubt--with interviews by Joel Bernbaum, music by Lancelot Knight, and dramaturgy by Yvette Nolan--provides a space to honestly talk to each other about what has happened on this land and how we can live together.

Joel Bernbaum is an actor, director, playwright, journalist, and the founding artistic director of Sum Theatre. Born and raised in Saskatoon, Joel is the only child of a Buddhist mother and Jewish father. He is a graduate of the Canadian College of Performing Arts and Carleton University, where he did his master's thesis on verbatim theatre's relationship to journalism. With Sum Theatre, Joel created Saskatchewan's first free professional live Theatre in the Park. To date, over 50,000 people have participated in Sum Theatre's work. Joel's produced plays include Operation Big Rock, My Rabbi (with Kayvon Khoshkam), Home Is a Beautiful Word, and Being Here: The Refugee Project. Joel is currently an interdisciplinary Ph.D. student at the University of Saskatchewan, investigating the potential of theatre to strengthen cities. He is grateful to be the first Urjo Kareda Resident from Saskatchewan and the first Pierre Eilliott Trudeau Foundation Scholar from the University of Saskatchewan. Joel lives in Saskatoon with his six-year-old son, Judah. Lancelot Knight is a Plains Cree singer-songwriter from Saskatoon, Saskatchewan. He has toured in Germany, travelled to New Zealand and across North America. Spanning genres and all forms of artistry, he also plays guitar for his Father's band Chester Knight and the Wind, and has toured with Joey Stylez. Yvette Nolan is a playwright, dramaturg, and director. Her plays include Annie Mae's Movement, The Unplugging, and The Birds. She has been writer-in-residence at Brandon University, Mount Royal College, Saskatoon Public Library, and McGill University, as well as playwright-in-residence at the National Arts Centre. Born in Saskatchewan to an Algonquin mother and an Irish immigrant father and raised in Manitoba, Yvette lived in the Yukon and Nova Scotia before moving to Toronto, where she served as artistic director of Native Earth Performing Arts from 2003 to 2011. Her book Medicine Shows about Indigenous theatre in Canada was published in 2015. She lives in Saskatoon.