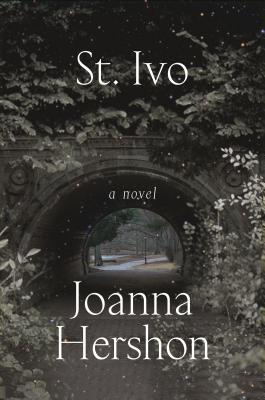 "Hershon maintains a quiet terror throughout this slim, eccentric novel. . . Fiction full of complexity, devoted to reality. And in the end, a larger sense of purpose crashes down in a satisfying burst."
--Danya Kukafka, The New York Times Book Review

Over the course of a weekend, two couples reckon with the long-hidden secrets that have shaped their families, in a charged, poignant novel of motherhood and friendship

Enter a mysterious stranger on a train, an older man taking the subway to Brooklyn who sees right into her.Then a mugging, her phone stolen, and with it any last connection to Leda. And then an invitation, friends from the past and a weekend in the country with their new, unexpected baby.

Over the course of three hot September days, the two couples try to reconnect. Events that have been set in motion, circumstances and feelings kept hidden, rise to the surface, forcing each to ask not just how they ended up where they are, but how they ended up who they are.

Unwinding like a suspense novel, Joanna Hershon's St. Ivo is a powerful investigation into the meaning of choice and family, whether we ever know the people closest to us, and how, when someone goes missing from our lives, we can ever let them go.

Joanna Hershon is the author of Swimming, The Outside of August, The German Bride and A Dual Inheritance. Her writing has appeared in Granta, The New York Times, The Yale Review, One Story, The Virginia Quarterly Review, and two literary anthologies: Brooklyn Was Mine and Freud’s Blind Spot.

She is an adjunct assistant professor in the Creative Writing department at Columbia University and lives in Brooklyn with her husband, painter Derek Buckner, their twin sons and daughter.

"[A] taut, tense story . . . The novel is steeped in this hushed paranoia: the jumpy fear that permeates contemporary life, as its characters long for connection and refuse to let themselves be seen . . . Fiction full of complexity, devoted to reality . . . And in the end a larger sense of purpose crashes down in a satisfying burst."
—Danya Kukafka, The New York Times Book Review

"For those fantasizing about a weekend getaway right now, perhaps this rich psychological thriller will scratch (and then curb) the itch. Hershon's latest follows a seemingly idyllic married couple, grieving the disappearance of their daughter, as they're invited to spend a few days with some estranged friends in their new country home. We won't tell you what happens next."
—David Canfield, Entertainment Weekly, "April's Must-Reads"

"In clear, compassionate prose, Hershon conjures characters readers may initially assume they know and then gently and gradually subverts those assumptions, revealing the emotions and difficulties with which these nuanced characters are grappling . . . This graceful story offers insights into family, friendship, and finding a way to move on after a loss."
—Kirkus, starred review

"With a building sense of foreboding and suspense, Hershon traces the emotions of Sarah, a feature filmmaker and mother . . . Parents will shiver at Hershon's moving story of fierce but helpless parental love."
—Mary Ellen Prindiville, Booklist

"Hershon explores with moving simplicity the complexities friendships and a marriage that has frayed but not yet died."
—Publishers Weekly

“From the very first sentences of St. Ivo, I felt certain I was in good hands. What happens when we can no longer communicate with the people we know best? What happens when what was once fluent between two people becomes indecipherable? Not a tender novel, exactly, though there is tenderness in these pages. In St. Ivo Joanna Hershon paints a portrait of grief, of survival, but also of hope. Anyone who has ever loved fiercely, desperately, will devour this story, as I did. The effect here is cumulative and I found myself reading the final pages with the book gripped in both hands.”
—Mary Beth Keane, author of Ask Again, Yes

“St. Ivo is a wise and revealing book, full of elegant menace—a novel whose tensions threaten to break its surface on every page. But Hershon is a master of control, showing us patiently, and with rich verisimilitude, how a parent’s love for an estranged child persists despite separation and silence; how longtime friendships hurt and heal; and how loss compels us to know ourselves, much as we might wish to look away.”
—Julie Orringer, author of The Flight Portfolio

“An elegant, suspenseful gem of a novel. I admired the crisp writing and intelligent depictions of people, but more than that I needed to know what was going to happen next—I devoured it in a weekend.”
—Adelle Waldman, author of The Love Affairs of Nathaniel P.

“Joanna Hershon’s descriptive powers are vivid and cinematic, but she’s also an expert chronicler of the invisible: the changing emotional weather of a marriage, the vicissitudes of sexual passion and of grief, and the way that two human beings in an intimate relationship can still keep devastating secrets from each other. About a particular time and place—Brooklyn, right now—St. Ivo has the eerie quality of a fairy tale, as if something inexplicable might be waiting around the next bend in even the most familiar path.”
—Nell Freudenberger, author of Lost and Wanted

“St. Ivo has an unexpectedly strong undertow. I didn’t realize how forcefully this novel had pulled me under each successive wave of revelations until suddenly I was on the last twenty pages and it was well after midnight. With glistening insight reminiscent of Tessa Hadley, Hershon exposes the tensions that inevitably form in long relationships and grow ever larger until somebody finally admits them out loud.”
—Idra Novey, author of Those Who Knew

“I bit my nails to the quick while reading Joanna Hershon’s St. Ivo. Every page of it felt so charged with mystery, so thickly immediate. Over the course of this brief novel, unfolding over three days, she goes deep into important themes: marriage, motherhood, art-making, money, and loss. There’s danger in the world, but there’s also danger inside each of us, and Hershon’s sharp, supple prose shows us where the two intersect. I’ll be thinking about this powerful book for a long time.”
—Alix Ohlin, author of Dual Citizens