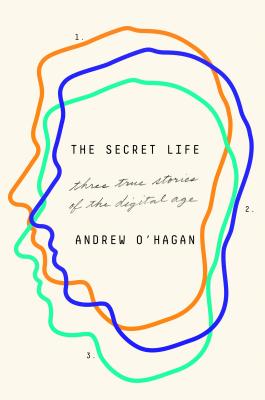 By Andrew O'Hagan
This item is not available.
Out of Print

A Top 10 Book of Essays & Literary Criticism for Fall 2017, Publishers Weekly | Books We Can’t Wait to Read in the Rest of 2017, Chicago Reader

The slippery online ecosystem is the perfect breeding ground for identities: true, false, and in between. The Internet shorthand IRL—“in real life”—now seems naïve. We no longer question the reality of online experiences but the reality of selfhood in the digital age.

In The Secret Life: Three True Stories, the essayist and novelist Andrew O’Hagan issues three bulletins from the porous border between cyberspace and IRL. “Ghosting” introduces us to the beguiling and divisive Wikileaks founder Julian Assange, whose autobiography the author agrees to ghostwrite with unforeseen—and unforgettable—consequences. “The Invention of Ronnie Pinn” finds the author using the actual identity of a deceased young man to construct an entirely new one in cyberspace, leading him on a journey deep into the Web’s darkest realms. And “The Satoshi Affair” chronicles the strange case of Craig Wright, the Australian Web developer who may or may not be the mysterious inventor of Bitcoin, Satoshi Nakamoto—and who may or may not be willing, or even able, to reveal the truth.

O’Hagan’s searching pieces take us to the weirder fringes of life in a digital world while also casting light on our shared predicaments. What does it mean when your very sense of self becomes, to borrow a term from the tech world, “disrupted”? Perhaps it takes a novelist, an inventor of selves, armed with the tools of a trenchant reporter, to find an answer.

Andrew O’Hagan is one of Britain’s most exciting and serious contemporary writers. He has twice been short-listed for the Man Booker Prize. He was voted one of Granta’s Best of Young British Novelists in 2003. He has won the Los Angeles Times Book Award and the E. M. Forster Award from the American Academy of Arts and Letters. He is the author of Our Fathers, Be Near Me, The Illuminations, among other books. He lives in London.

"[O'Hagan] explores 'the wild west of the Internet' with incisive vigor in The Secret Life . . . Dizzying and gripping . . . The Secret Life cunningly alights on ways that cyber-deceptions and flawed personalities can collide and combust." —Michael Upchurch, The Chicago Tribune

"Fascinating . . . O'Hagan asks probing questions about the meaning and construct of identity in the digital age. Smart and engaging, The Secret Life will change the way you see life on the internet." —Sadie Trombetta, Bustle

"Three fascinating strange-but-true tales of the Internet age. The first—O'Hagan's hilariously frank account of his short-lived career as Julian Assange's ghostwriter—is worth the price of admission." —Ash Carter, Esquire

"O'Hagan, perhaps best known as a fiction writer, transports a novelist's eye for narrative to his journalistic assignments . . . Aside from his subjects' binary backdrops, their secret lives reek as much of Dostoyevsky or Freud as of cyberspace . . . O'Hagan's stories [are] gripping reads . . . a wormy compost of spooks, doubles, neurotic agendas, and artfulness." —Laura Kipnis, Bookforum

"Splendid . . . O'Hagan's grasp of storytelling is prodigious, and the ending of his essay on Pinn is a particularly inspired, even moving, piece of writing. Taken as a whole, this is an unmissable collection of up-to-the-moment insights about life in our digital era." —Publishers Weekly (starred review)

"Andrew O'Hagan is one of my favorite writers . . . [These essays] are a joy to read and perhaps O'Hagan described them best, calling them 'nonfiction thrillers.'" —Library Journal

"Three intriguing pieces of journalism about the new threats of a digital age . . . [O'Hagan is] razor-sharp." —Kirkus Reviews

"O'Hagan is an immensely engaging writer: wry and witty, and insightful . . . despite their technological background, these are ultimately human stories and O'Hagan tells them superbly." —Ian Critchley, Sunday Times

"Altogether, The Secret Life is nothing less than an affirmation that using words well still matters, even now." —David Sexton, Evening Standard

"It is a tribute to O'Hagan's quiet and effective betrayal of Assange that the reader's ambivalence towards the Wikileaker does not prevent the reader's gradual antipathy." —David Aaronovitch, The Times

"O'Hagan [is] a vivid and meticulous writer . . . at the core of this excellent collection we glimpse the unbridgeable difference between the real and the invented." —Andrew Anthony, Observer

"O'Hagan's prose is always a delight. The cadence of his sentences, the way in which he balances extension and brevity, the unspooling and the reeling in, is a masterclass in the art of prose. This is not just a good book, but a necessary one." —Stuart Kelly, Scotland on Sunday

"The theme is identity in the digital age and [O'Hagan's] three subjects are exquisitely fit for purpose . . . Thrilling." —Esquire (UK)