The Control of Nature (Paperback) 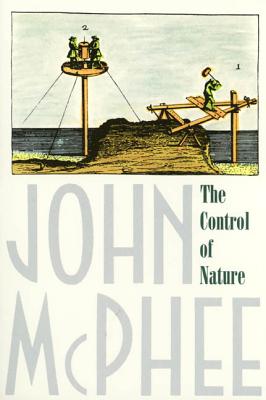 The Control of Nature is John McPhee's bestselling account of places where people are locked in combat with nature. Taking us deep into these contested territories, McPhee details the strageties and tactics through which people attempt to control nature. Most striking is his depiction of the main contestants: nature in complex and awesome guises, and those attempting to wrest control from her - stubborn, sometimes foolhardy, more often ingenious, and always arresting characters.

John McPhee was born in Princeton, New Jersey, and was educated at Princeton University and Cambridge University. His writing career began at Time magazine and led to his long association with The New Yorker, where he has been a staff writer since 1965. Also in 1965, he published his first book, A Sense of Where You Are, with Farrar, Straus and Giroux, and in the years since, he has written over 30 books, including Oranges (1967), Coming into the Country (1977), The Control of Nature (1989), The Founding Fish (2002), Uncommon Carriers (2007), and Silk Parachute (2011). Encounters with the Archdruid (1972) and The Curve of Binding Energy (1974) were nominated for National Book Awards in the category of science. McPhee received the Award in Literature from the Academy of Arts and Letters in 1977. In 1999, he was awarded the Pulitzer Prize for Annals of the Former World. He lives in Princeton, New Jersey.

“All three elemental battles recounted by the masterly McPhee are unified by the most uncontrolled and stubborn of all forces: human nature.” —R. Z. Sheppard, Time

“It is difficult to put these stories aside. If the stories bear witness to the ultimate triumph of nature over human engineering, they also testify to the triumph of art over nature.” —Stephen J. Pyne, The New York Times Book Review (front page)

“Some of his passages left me gasping for breath…This book gave me more pure enjoyment than anything I've read in a long time.” —Christopher Shaw, The Washington Post Book World