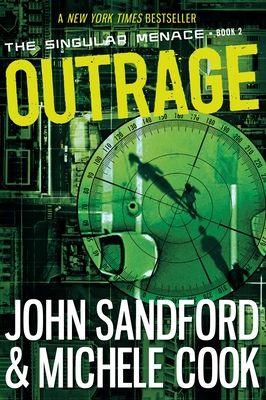 This is book number 2 in the The Singular Menace series.

John Sandford and Michele Cook follow up their New York Times bestseller, UNCAGED, with the next nail-biting installment in The Singular Menace series. Perfect for fans of The Maze Runner!

Shay Remby and her gang of renegades have struck a blow to the Singular Corporation. When they rescued Shay’s brother, Odin, from a secret Singular lab, they also liberated a girl. Singular has been experimenting on her, trying to implant a U.S. senator’s memories into her brain—with partial success. Fenfang is now a girl who literally knows too much.

Can the knowledge brought by ex-captives Odin and Fenfang help Shay and her friends expose the crimes of this corrupt corporation? Singular has already killed one of Shay’s band to protect their secrets. How many more will die before the truth is exposed?

JOHN SANDFORD is the author of more than thirty-eight bestselling novels, including the Lucas Davenport Prey series and the Virgil Flowers series. He was a journalist for many years and won a Pulitzer Prize for his work.

MICHELE COOK is a former reporter, who specialized in crime and social justice. She and John met when they both worked at the St. Paul Pioneer Press. Michele is also a produced screenwriter.