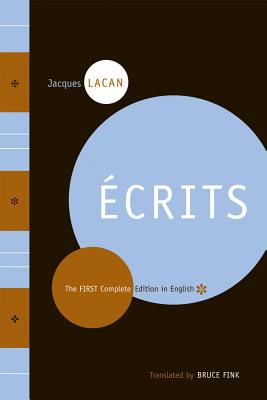 Brilliant and innovative, Jacques Lacan's work lies at the epicenter of modern thought about otherness, subjectivity, sexual difference, the drives, the law, and enjoyment. This new translation of his complete works offers welcome, readable access to Lacan's seminal thinking on diverse subjects touched upon over the course of his inimitable intellectual career.

The psychoanalyst Jacques Lacan (1901-1981) was one of the twentieth century's most influential thinkers. His many published works include Ecrits and The Seminars.

Bruce Fink, PhD, is a practicing Lacanian psychoanalyst and analytic supervisor who trained in France with the psychoanalytic institute Jacques Lacan created shortly before his death, the Ecole de la Cause freudienne in Paris. He has translated several of Lacan's works into English—including Ecrits: The First Complete Edition in English, Seminar XX: Encore, and Seminar VIII, Transference—and is the author of numerous books on Lacan, including The Lacanian Subject, A Clinical Introduction to Lacanian Psychoanalysis, Lacan to the Letter, Fundamentals of Psychoanalytic Technique, Against Understanding (2 volumes), and most recently Lacan on Love. A board member of the Pittsburgh Psychoanalytic Center, he has also penned several mysteries involving a character loosely based on Jacques Lacan: The Psychoanalytic Adventures of Inspector Canal, Death by Analysis, Odor di Murderer/Scent of a Killer, and The Purloined Love.