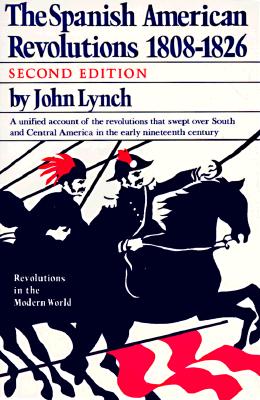 Spanish America was engulfed for nearly two decades in revolutions for independence that were sudden, violent, and universal.

John Lynch provides a brilliant survey of the men and the movements during these critical years. He views the revolutionary outbreak as the culmination of a long process of alienation from Spain during which Spanish Americans became aware of their own identity, conscious of their own culture, and jealous of their own resources. He traces the forces of independence as they gathered momentum and spread across the subcontinent in two great waves converging on Peru. He also explains why the heroic liberators, among them San Martín, Bolívar, and O'Higgins, were unable to prevent the revolutions from ultimately turning into counterrevolutions that frustrated their efforts to create new societies. In the second edition, Lynch adds a section on Central America and incorporates the latest work being done on the origins and aftermaths of these revolutions.