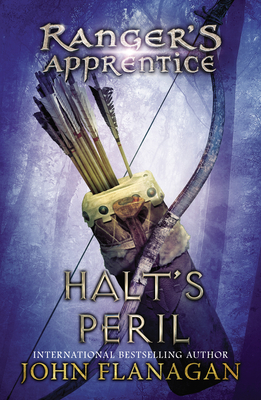 The international bestselling series with over 5 million copies sold in the U.S. alone!
The renegade outlaw group known as the Outsiders may have been chased from Clonmel, but not before killing Halt's only brother. Now Rangers Halt and Will, along with the young warrior Horace, are in pursuit. The Outsiders have done an effective job of dividing the kingdom into factions and are looking to overtake Araluen. It will take every bit of skill and cunning for the Rangers to survive. Some may not be so lucky.

The international bestselling Ranger's Apprentice series turns up the tension in John Flanagan's latest epic of battles and bravery.