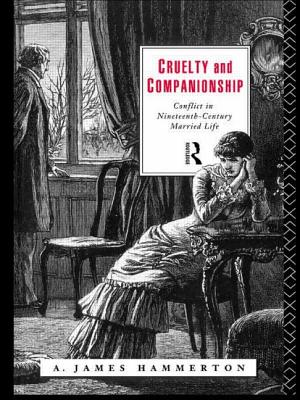 By A. James Hammerton
This item is not available.

Cruelty and Companionship is an account of the intimate but darker sides of marriage in Victorian and Edwardian England. Hammerton draws upon previously unpublished material from the records of the divorce court and magistrates' courts to challenge many popular views about changing family patterns.
His findings open a rare window onto the sexual politics of everyday life and the routine tensions which conditioned marriage in middle and working class families. Using contemporary evidence ranging from prescriptive texts and public debate to autobiography and fiction, Hammerton examines the intense public scrutiny which accompanied the routine exposure of marital breakdown, and charts a growing critique of men's behaviour in marriage which increasingly demanded regulation and reform. The critical discourse which resulted, ranging from paternalist to feminist, casts new light on the origins and trajectory of nineteenth century feminism, legal change and our understanding of the changing expression of masculinity.