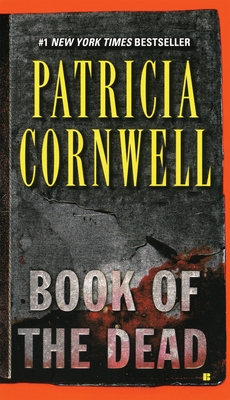 This is book number 15 in the Scarpetta series.

Dr. Kay Scarpetta is starting over with a unique private forensic pathology practice in Charleston, South Carolina. But in this thrilling #1 New York Times bestseller, her fresh start ushers in a string of murders more baffling—and terrifying—than any that have come before...

The Book of the Dead is the morgue log, the ledger in which all cases are entered by hand. For Kay Scarpetta, however, it is about to acquire a new meaning.

A sixteen-year-old tennis star, fresh from a tournament win Charleston, is found nude and mutilated near Piazza Navona in Rome. The body of an abused young boy is dumped in a desolate marsh. A woman is ritualistically murdered in her multimillion-dollar beach home. Meanwhile, in New England, problems with a prominent patient at a Harvard-affiliated psychiatric hospital begin to hint at interconnections among the deaths that are as hard to imagine as they are horrible.

Scarpetta has dealt with many brutal and unusual crimes before, but never has she seen a string of death like what she's facing now. Before she is through, that book of the dead will contain many names—and the pen may be poised to write her own...

Praise for Book of the Dead

“Ms. Cornwell admits to being proud of Book of the Dead and she should be.”—Midwest Book Review

“What a walloping, riveting mix of...adventure and psychology. Author Cornwell certainly is skilled at dissecting the not always attractive innards of human nature.”—Forbes