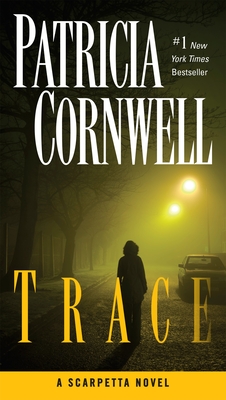 This is book number 13 in the Scarpetta series.

WITH A NEW INTRODUCTION BY THE AUTHOR

Dr. Kay Scarpetta, now freelancing from south Florida, returns to the city that turned its back on her five years ago. Richmond, Virginia’s recently appointed chief medical examiner claims that he needs Scarpetta’s help to solve a perplexing crime. When she arrives, however, Scarpetta finds that nothing is as she expected: her former lab is in the final stages of demolition; the inept chief isn’t the one who requested her after all; her old assistant chief has developed personal problems that he won’t reveal; and a glamorous FBI agent, whom Scarpetta dislikes instantly, meddles with the case.

Deprived of assistance from colleagues Benton and Lucy, who are embroiled in what first appears to be an unrelated attempted rape by a stalker, Scarpetta is faced with investigating the death of a fourteen-year-old girl, working with the smallest pieces of evidence—traces that only the most thorough hunters can identify. She must follow the twisting leads and track the strange details in order to make the dead speak—and to reveal the sad truth that may be more than even she can bear…

Patricia Cornwell is one of the world’s major internationally bestselling authors, translated into over thirty-five languages in more than 120 countries. She is a founder of the Virginia Institute of Forensic Sciences and Medicine; a founding member of the National Forensic Academy; a member of the Advisory Board for the Forensic Sciences Training Program at the Office of Chief Medical Examiner, New York City; and a member of the Harvard-affiliated McLean Hospital’s National Council, where she is an advocate for psychiatric research. In 2008, Cornwell won the Galaxy British Book Awards’ Book Direct Crime Thriller of the Year—the first American to win this prestigious award. In 2011, she was awarded the medal of Chevalier of the Order of Arts and Letters by the French Ministry of Culture. Her most recent bestsellers include Port Mortuary, The Scarpetta Factor, The Front, and Portrait of a Killer: Jack the Ripper—Case Closed. Her earlier works include Postmortem—the only novel to win five major crime awards in a single year—and Cruel and Unusual, which won Britain’s Gold Dagger Award for best crime novel of 1993. Dr. Kay Scarpetta herself won the 1999 Sherlock Award for the best detective created by an American author.

“Scarpetta…is back with a vengeance.”—The New York Times Book Review

“Cornwell gets her Hitchcock on...[She] can generate willies with subtle poetic turns.”—People

“Trace is rich and satisfying, with Cornwell sprinkling a trail of tantalizing bread crumbs for the Scarpetta faithful, who are always hungry for the next installment.”—The Associated Press

“Cornwell’s latest is hard to put down…Trace is solid and tightly paced, which should appeal to her legions of fans.”—BookPage