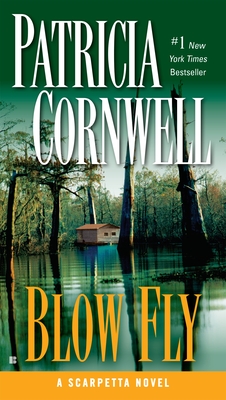 This is book number 12 in the Scarpetta series.

Settling into her new life as a private forensic consultant, Kay Scarpetta agrees to investigate a cold case in Louisiana—the baffling eight-year-old murder of a woman with a history of blackouts and violent outbursts. Then she receives news that chills her to the core: Jean-Baptiste Chandonne—the vicious and unrepentant Wolfman who pursued her to her very doorstep—has asked to see her. From his cell on death row, he demands an audience with the legendary Dr. Scarpetta. With her friends and family by her side, Scarpetta tries to guess what sort of endgame this madman has in mind—how, if at all, it’s related to the Louisiana case—and then confronts the shock of her life: a blow that will force her to question the loyalty and trust of all she holds dear...

“Patricia Cornwell is on target—and spectacularly so...a story so compelling that even long-time readers will be stunned by its twists and turns.”—Chicago Tribune

“Like a thriller with overtones of espionage, Blow Fly is a novel of complicated relationships, near-Machiavellian maneuvers and, as usual, picture-perfect scenes in which Scarpetta’s forensic expertise comes into play...Enjoy the show—it’s a good one.”—The Denver Post

“Engaging and horrifying...a book that fans will want to read for the sheer voyeuristic quality of watching the characters they know so well go beyond their limits.”—Houston Chronicle

“This novel adds unpredictable dimensions to the character of Kay Scarpetta and those closest to her, and with its remarkable criminals and shocking climax, it is a must-read, especially for followers of Cornwell and Scarpetta.”—The Tampa Tribune

“This is, in some ways, the most shocking Scarpetta...Highly recommended.”—Library Journal