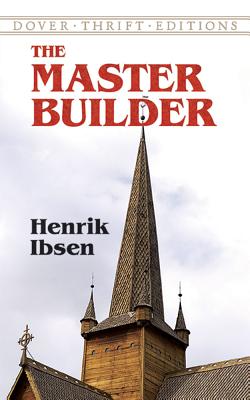 By Henrik Ibsen
This item is not available.
Out of Print

First performed in 1892, this psychological drama is one of the great Norwegian playwright's most symbolic and lyrical works. The drama explores the insecurities of an aging architect, Halvard Solness, who suspects that his creative powers have diminished with age. Solness finds strength of purpose in his involvement with Hilda -- his muse, inspiration, and ardent believer in his greatness -- but their association leads to a conflict between heroic myth and complicated reality.
Among the most original of Ibsen's works and one of his most frequently performed plays, The Master Builder is widely read by students of drama and literature as well as other readers. The play offers audiences a thought-provoking examination of the needs of the artist in relation to those of society and the limits of artistic achievement.

Only Shakespeare's plays are performed more frequently than those of Henrik Ibsen (1828-1906). The Norwegian playwright, theater director, and poet scandalized many of his contemporaries as he led the theater into the modern era by exploring the realities behind 19th-century social conventions.