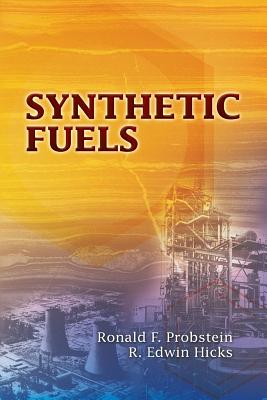 This book, the outgrowth of a graduate course the authors taught at the Massachusetts Institute of Technology, was designed to fill an urgent need--the training of engineers in the production of synthetic fuels to replace dwindling supplies of natural ones. The authors presented synthetic fuels as a unified engineering subject, while recognizing that many of its principles are well-understood aspects of various engineering fields.
The presentation begins with a review of chemical and physical fundamentals and conversion fundamentals, and proceeds to coal gasification and gas upgrading. Subsequent chapters examine liquids and clean solids produced from coal, liquids obtained from oil shale and tar sands, biomass conversion, and environmental, economic, and related aspects of synthetic fuel use.
The text is directed toward beginning graduate students and advanced undergraduates in chemical and mechanical engineering, but should also appeal to students from other disciplines, including environmental, mining, petroleum, and industrial engineering, as well as chemistry. It also serves as a reference and guide for professionals.

Son of a Gambling Man Ronald F. Probstein, Ford Professor of Engineering, Emeritus, at the Massachusetts Institute of Technology has had a long career in engineering research and has made significant contributions in many areas from ballistic missile design, to hypersonic flight theory, to the field of synthetic fuels, a subject of obvious importance to everyone. His 1959 book, Hypersonic Flow Theory, co-authored with Wallace D. Hayes, and reprinted by Dover in 2004 as Hypersonic Inviscid Flow, is still the basic book on this subject. Synthetic Fuels, written with R. Edwin Hicks, is certainly one of the most important and timely engineering texts ever reprinted by Dover. In addition to their own writings, Probstein and Hayes edited the English translation of a major text by two distinguished Russian physicists, Ya. B. Zel'dovich and Yu. P. Raizer, Physics of Shock Waves and High-Temperature Hydrodynamic Phenomena.   However, Dr. Probstein's literary legacy isn't all about hard science. In 2009 he published an evocatively entertaining memoir of his father and their life in Depression-era New York, Honest Sid: Memoir of a Gambling Man. Even though not a Dover book, it is certainly highly recommended. Critical Acclaim for Physics of Shock Waves and High-Temperature Hydrodynamic Phenomena "The republication by Dover Publications of this masterwork by Ya. B. Zel'dovich and Yu. P. Raizer will be welcomed by all workers dealing with high-temperature (radiating) flows. This book is a virtual 'bible' for studies of shocks and radiation fronts in high speed aeronautics, astronautics (re-entry), astrophysics, fireballs, shock tubes, and very intense explosions. Zel'dovich was a physicist of extraordinary breadth of interests. The style of this book is to give heuristic explanations followed by rigorous analysis. It is insightful for both beginning students and researchers in the field. This book is an ABSOLUTE MUST for anyone working on the subjects listed above." "I URGE anyone working in astrophysics and high-temperature flow physics to buy, read, enjoy, and be enlightened by this masterpiece." -- Dimitri Mihalas, co-author of Foundations of Radiation Hydrodynamics