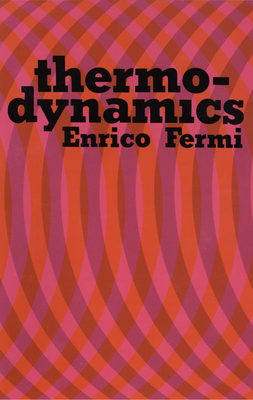 Indisputably, this is a modern classic of science. Based on a course of lectures delivered by the author at Columbia University, the text is elementary in treatment and remarkable for its clarity and organization. Although it is assumed that the reader is familiar with the fundamental facts of thermometry and calorimetry, no advanced mathematics beyond calculus is assumed.
Partial contents: thermodynamic systems, the first law of thermodynamics (application, adiabatic transformations), the second law of thermodynamics (Carnot cycle, absolute thermodynamic temperature, thermal engines), the entropy (properties of cycles, entropy of a system whose states can be represented on a (V, p) diagram, Clapeyron and Van der Waals equations), thermodynamic potentials (free energy, thermodynamic potential at constant pressure, the phase rule, thermodynamics of the reversible electric cell), gaseous reactions (chemical equilibria in gases, Van't Hoff reaction box, another proof of the equation of gaseous equilibria, principle of Le Chatelier), the thermodynamics of dilute solutions (osmotic pressure, chemical equilibria in solutions, the distribution of a solute between 2 phases vapor pressure, boiling and freezing points), the entropy constant (Nernst's theorem, thermal ionization of a gas, thermionic effect, etc.).

Enrico Fermi: Father of the Atomic Age Enrico Fermi (1901-1954) received the 1938 Nobel Prize in Physics for his demonstrations of new radioactive elements produced by neutron irradiation, and for his related discovery of nuclear reactions brought about by slow neutrons. Just a year before winning the Nobel Prize, Fermi published Thermodynamics, based on a course of lectures at Columbia University, an enduring work which Dover first reprinted in 1956 and which has been in print continuously since then, one of the foundations of Dover's physics program. Both a theorist and an experimentalist, Fermi packed an immense amount of science into his relatively short life, which ended prematurely as a consequence of the radiation he received working on the development of the atomic bomb. His work, of course, was not just in the realm of nuclear physics: Fermi will always be the most remembered for the events of December 2, 1942, when he and other scientists at the University of Chicago's Stagg Field produced the world's first self-sustaining chain reaction . . . instituting the controlled release of atomic energy. In the Author's Own Words: There are two possible outcomes: If the result confirms the hypothesis, then you've made a measurement. If the result is contrary to the hypothesis, then you've made a discovery. -- Enrico Fermi Critical Acclaim for Enrico Fermi: He was simply unable to let things be foggy. Since they always are, this kept him pretty active. -- J. Robert Oppenheimer