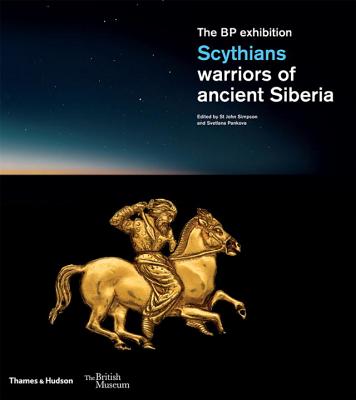 By St. John Simpson, Svetlana Pankova
This item is not available.
Out of Print

The Scythians were an ancient nomadic people who lived in the south Russian steppe from 900 to 200 BC. They established a rich nomadic culture originating in southern Siberia and extending to northern China and as far as the northern Black Sea. Mobility and mastery of local resources were central to their culture and their achievements. Forerunners of the Sarmatians, the Huns, the Turks, and the Mongols, the Scythians were feared adversaries and respected neighbors of the Assyrians, Persians, and ancient Greeks. They left no written records of their own and historians have previously relied on the descriptions by the ancient Greek historian Herodotus, but archaeological research now adds considerable new information about their origins and lifestyle.

This book offers unique insights into the life and funerary customs of the Scythians with exceptionally well preserved organic objects buried in conditions of permanent frost in the high Altai mountains. Some of the objects are from new excavations and others come from the famous Siberian Collection of Peter the Great. They include many rare finds of personal garments and possessions made from gold, leather, fur, and felt and reveal the impact and achievements of one of the earliest great nomadic peoples.

St John Simpson is a curator in the Department of the Middle East at the British Museum, London.

Svetlana Pankova is a curator and senior research fellow at the State Hermitage Museum, St. Petersburg.